I read a great blog post in college, and sadly I can't find it now, so I'll summarize. It showed a picture of Hearst Castle, and a photo of an average middle-class home, and the text of the post went something like: 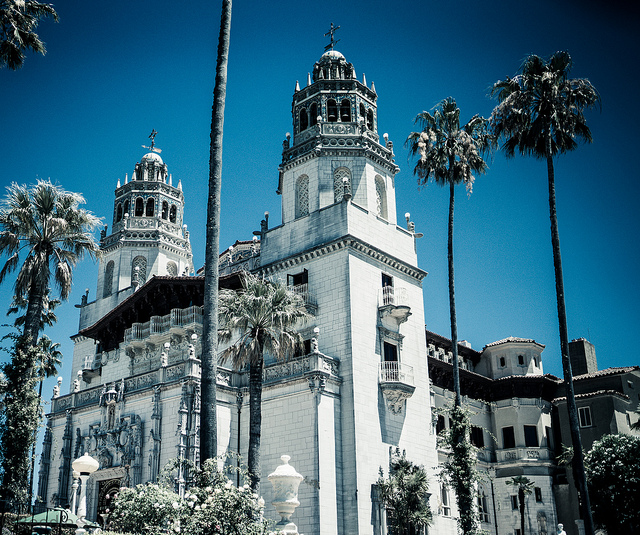 The point is, even though Hearst was one of the richest men on the planet, in many ways the average middle class person today enjoys a better quality of life, due to advancements in technology and medical science since the 1940's.

It's really exciting when technologies (air travel, the Internet, smartphones, appliances) become accessible and cheap enough that everyone can enjoy them. But it's even more exciting when the high end of the market comes within reach of most people.

Let's say Bill Gates wants a better smartphone - say, with a longer battery, or with a UI that does exactly what he wants. He's basically out of luck - he can't throw enough money at the problem to get a better phone than what's currently on the market. A phone you can afford is the best one that Bill Gates can buy. I call products like these levelers, because they level the playing field for everyone. It's easy to think of other examples - most software/apps/websites, beers, movies, and more.

So I got excited yesterday when I read about a product that might level the playing field for another experience that's currently only for rich people.

To get a sense of what JauntVR has built, their technology is described as “an end-to-end solution for creating cinematic VR experiences.” Their camera films real world footage from everything surrounding it, and their software stitches those clips together to create a seamless experience. The wrap-around film capture means that you’re able to swivel in any direction to maintain that feeling of “actually being there.”

Rarely is the window into the future as stunningly clear as was for me for the next few minutes inside that Oculus Rift. So what was it like inside? (Keep in mind: writing about the mindshock of live action VR, is quite like trying to share a photograph of your favorite song. Words simply cannot do justice.)

I settled into a swivel chair at the center of a dark surround-sound equipped room, slid on the Rift, and instantly I was no longer in Palo Alto but sitting inches away from a string quartet performing inside a luxurious concert hall. Stunned by the realism (it is real after all!) I began turning in every direction, to discover that behind me I could see the full venue where an audience would sit. Then I understood where I was – right where the conductor would stand. Not a bad seat and with the surround sound so clear, I felt as if I was actually there.

Just like that - millions of people can suddenly all sit courtside for the NBA Finals, or even hover above the court, and suddenly, my view of the game isn't from section 400, it's as good as Jack Nicholson's.

This got me really excited for the future of virtual reality, and the new things that people are going to build on top of it. I can't wait to see what people build.