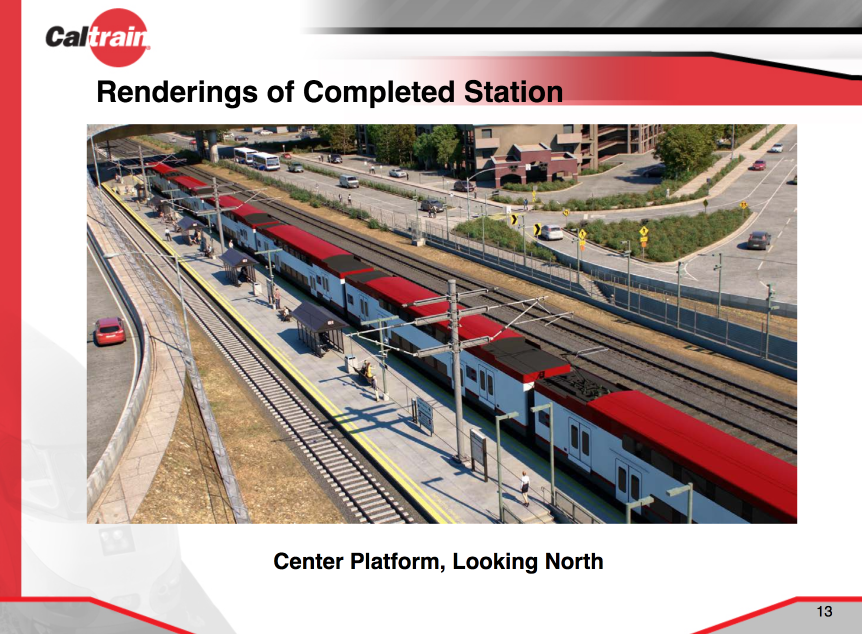 It's not ideal to have pedestrians and cyclists on the north side of East Grand for two reasons: ped/bike crossings will hold up shuttles merging onto East Grand, and peds/bikes have to go out of the way up to the East Grand/Grand intersection and then cross two signals - one with a 30 second wait time and the other with a 42 second wait time. If one of the sidewalks in that photo is supposed to be a bike path, it's currently in poor shape and it's not clear there are plans to repair the surface. 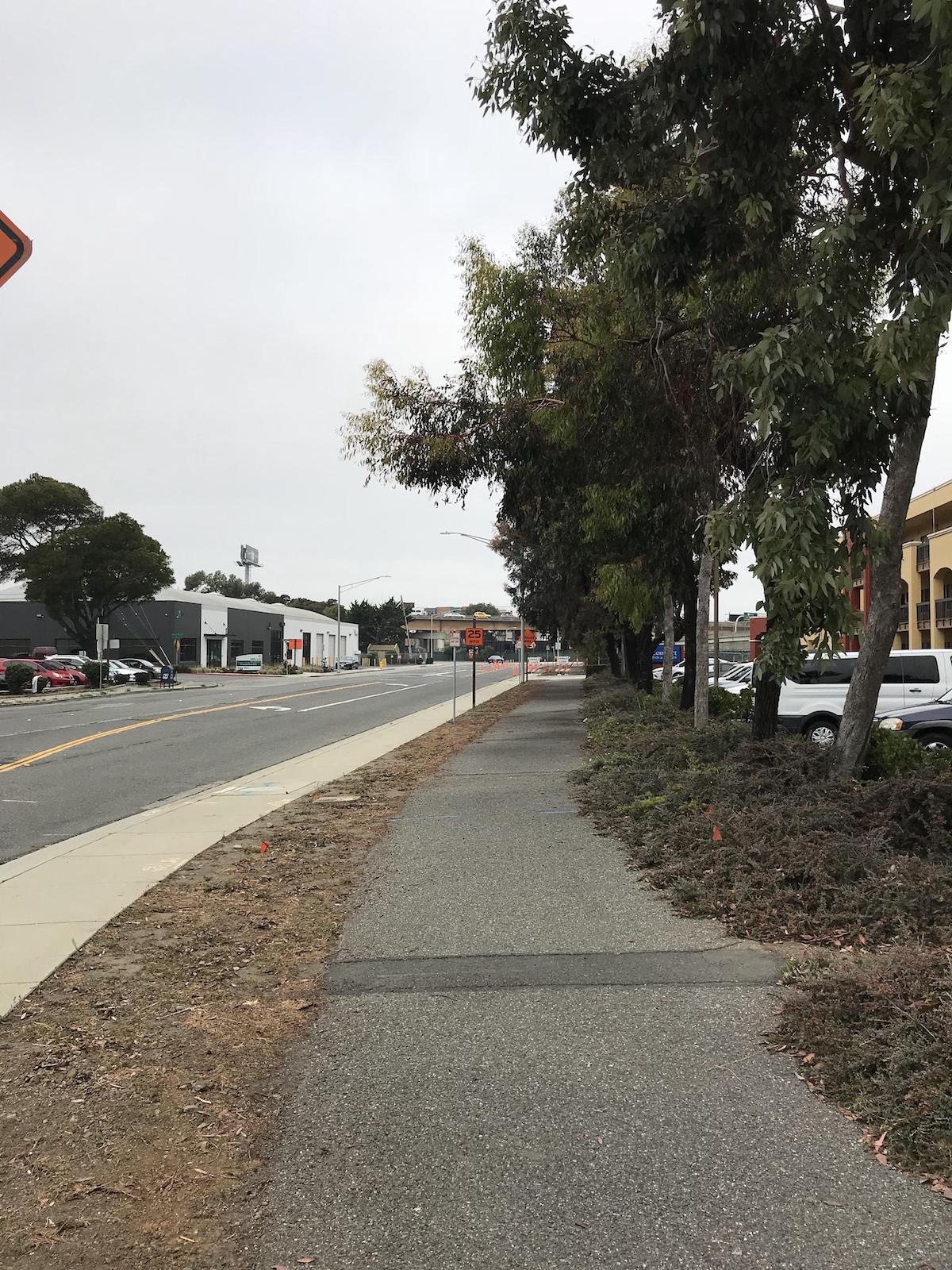 It's pretty easy to imagine instead that cyclists will try to get across 2-3 lanes of traffic here, instead of waiting for two WALK signs at East Grand: 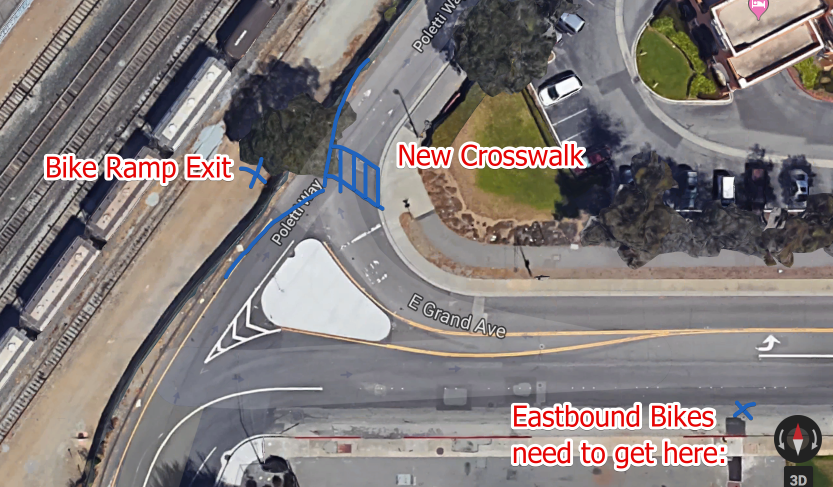 In an ideal world, bikes/peds could just cut straight across to the Gateway/East Grand intersection like this. This would cut at least a minute off of pedestrian travel times and extend the walkshed that much further. I believe SSF owns the right of way where the bottom red line is located.

Could SSF, Caltrans, and SamTrans staff advocate for a ped/bike crossing on the south side of East Grand, that would allow ped/bike to travel on the south side of the intersection, saving a circuitous route for bikes and pedestrians? Ultimately this will require a decision that it's more important to prioritize Caltrain riders, even if it means a slightly longer delay for car traffic.

The city of South San Francisco is the ultimate decision maker here, but they would appreciate your input on good design outside the station area. Contact the City Council: council@ssf.net and the Bike/Pedestrian Advisory Committee: BPAC@ssf.net.