We live on a street that's about 29 feet wide. There are parked cars on either side that take up about 7 feet each, which leaves 15 feet in the middle of the street for through traffic. There are hundreds or thousands of streets like this in San Francisco; here's a screenshot of one at random here.

The SFMTA's program to address speeding involves adding a speed bump. A speed bump is very effective at slowing cars, but it's expensive and labor intensive. They only have the budget to address about 30-40 blocks a year.

What if we wanted to fix this for every residential block in the city? You'd want something that you could put in the very middle of the street, to prevent the behavior where cars drive very fast right down the middle. The ideal obstacle would be

I think a seven inch tall plastic soccer cone fits these criteria. You can buy them on Amazon for less than $1 each. 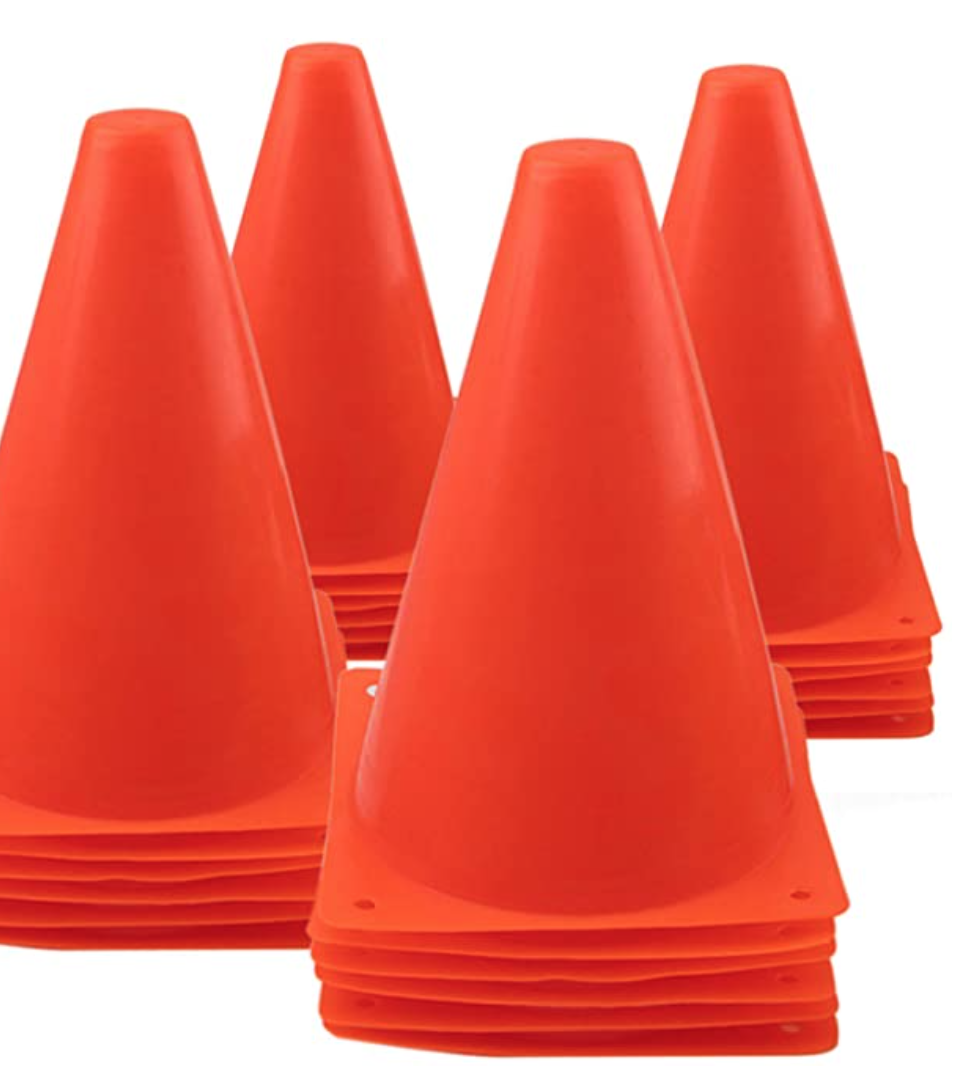 With a cone in the street, cars would either need to drive over it (undesirable) or around it, which would force them to slow down because there's a lot less space between the cones and the lane of parked cars.

My theory is that this would slow down cars a lot. It's cheap to test! Let me know if you are interested in trying it.

You can buy a radar gun for about $100 to measure car speeds, which would be more accurate than eyeballing "speeding" vs. "not speeding" or have someone who doesn't know about the experiment (and can't see the cones) make the judgments.