Allen Weisselberg, the chief financial officer of the Trump Organization, recently got indicted by the New York DA for fifteen counts of tax fraud. The charges say they said he didn't report benefits as taxes.

If your company pays you a $100,000 per year cash salary, you will owe a chunk of that to the government. What if your company gives you a physical thing, like an apartment or a car? Well, you don't just get to skip taxes because you got part of your compensation in objects. Otherwise you could arrange for your company to pay you directly in groceries, apartments, flights, etc. and dodge taxes altogether.

Anyway, Weisselberg was getting the Trump Organization to buy him cars and private school tuition for his kids but he wasn't paying taxes on any of that in-kind compensation, which is why he's now facing criminal charges.

What if I told you that a well known figure in San Francisco housing policy has been doing the same thing as Weisselberg, for 20 years?

Part of the Moscone Convention Center construction project included the development of several affordable housing buildings. The organization that manages these buildings is the Tenants and Owners Development Corporation or TODCO. John Elberling has been the president of TODCO for at least the last 20 years. In addition to about $150,000 per year in cash compensation, TODCO's tax forms indicate that he has gotten about $10,000 each year in "other reportable compensation." 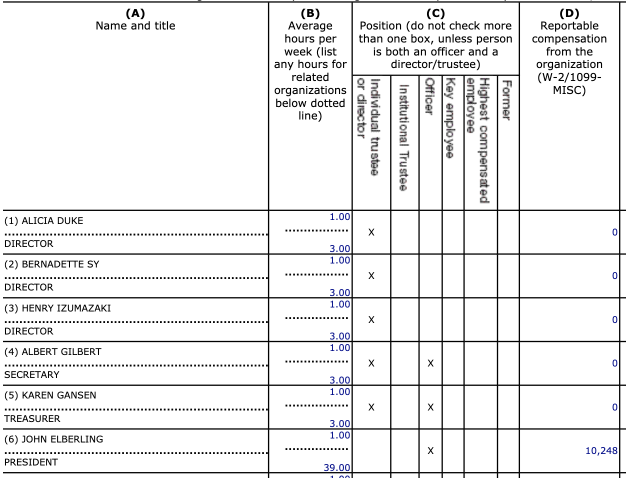 What is that? Well, a supplemental attachment has this explanation: "The organization provides a terrace room located at the Mendelsohn House Apartments for the President's personal use as required for his 'on call' responsibilities."

Why does Elberling have a top floor room reserved for himself in a low-income apartment building in SOMA? It's hard to answer that. He's not the property manager — TODCO pays another company to manage all of their properties. He's not the only high-ranking employee in the organization - they are not developing any new apartment buildings1, and they have a CEO and several other staff members.

Here's a more interesting question. How does a "terrace room" - an 8th floor apartment in SOMA - only count as $10,000 per year in compensation? When I moved to SF in 2011, I paid $800 a month to sleep in a closet about a foot wider than a twin mattress - with a tiny window. Elberling was paying the same price for a full apartment on the 8th floor in a hot neighborhood. This is the greatest deal in the history of SOMA real estate.

My guess is that TODCO is charging Elberling the same price as they would charge their tenants, who earn incomes below the San Francisco median income. Elberling's income is not low by any definition, though. He's made over $140,000 per year in cash compensation every year since 2002, per the same 990 forms. Further, San Francisco does not let you apply for a deed-restricted apartment if you own another home. Elberling does own another home, in Sebastopol.

The IRS says you have to value non-cash compensation at the market price. In other words, if TOCDO were to rent that apartment to a random person off Craigslist, how much could they get for it? On Craigslist right now a 1 bedroom apartment around the corner that has a city view is renting for $3725. It may not be apples to apples but this would put the non-cash compensation around $44,000 per year, far higher than the $10,248 per year Elberling is claiming. 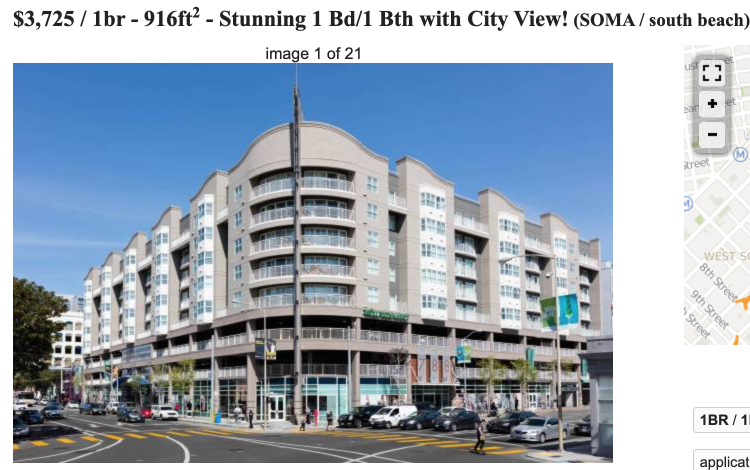 Some employer-provided lodging is exempt from tax. For example, many firefighters live at the fire station, because they are on call at all hours of the day and night. They don't need to pay taxes on the market rate value of their lodging. The IRS has a test to determine whether lodging should be included in income. Elberling's apartment does not meet the conditions of the test: since he is not a property manager, he could do his job just as well living in a room at the Marriott. Furthermore, if it was exempt from tax, TODCO should be valuing the compensation at $0, not $10,000. The fact they are putting $10k for the room on his W2 indicates they think it is a benefit.

Now it is possible that Elberling is getting a W2 from his employer that indicates his top floor room is worth $10k a year, and then declaring and paying the correct market rate on his own taxes. It's possible but seems very unlikely. TODCO has no reason to not include the market rate number; it doesn't cost them anything.

How much has Elberling been underreporting his taxes? We can estimate this by using the historical housing data collected by Erica Fischer. A one bedroom SOMA apartment rented for about $1500 a month in 2002, and rents for about $3700 today. Using a straight line average this indicates Elberling has failed to declare about $450,000 worth of income on his taxes, going back 20 years.

What can you do about it? The IRS is super underfunded right now, and does not investigate many cases of tax evasion, which benefits many rich, unscrupulous people. Still, they may take an interest if enough people report the same issue. You might also put pressure on the City of San Francisco to refuse to renew any contracts it has with this organization. Maybe if Elberling were forced to pay the full freight of taxes on his pied-a-terre, he would be more likely to move out and TODCO could offer the room to a low-income senior resident instead. That would be worth doing.

1. The first question of TODCO's FAQ says that TODCO "develops housing." TODCO has not developed any new housing in over 20 years and has no plans in the works to develop more. The FAQ answer includes a link to "learn more" about their plans to develop housing that goes to a 404 page.

There's a pretty famous software engineering slide called "Latency Numbers Every Programmer Should Know." I thought I would write an equivalent for housing construction, since a lot of these statistics can be hard to estimate. The goal is to make it easy to do a ballpark estimate of the impacts of a particular proposal. For example, Emeryville has a $50 million affordable housing bond on the ballot, and California has a $4 billion housing bond. How many housing units would each allow to be built? 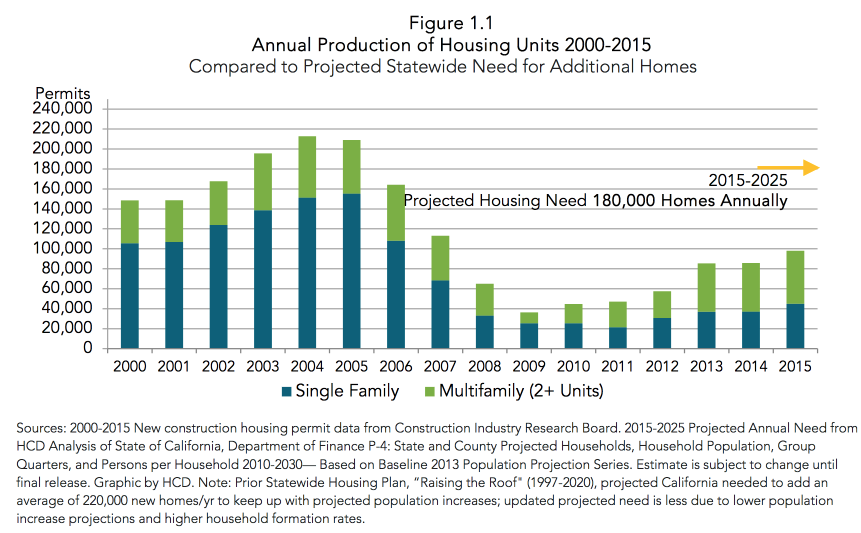 Thanks to Scott Feeney for reviewing a draft of this post. What other statistics are you curious about? Send me an email: kev@inburke.com